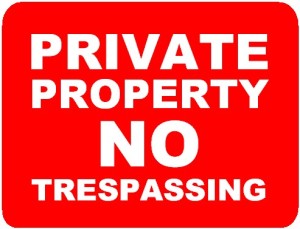 I’m preaching on the providence of God this upcoming Sunday. It’s probably one of the most comforting doctrines in all of the bible. That God is somehow involved in all of life, behind even human choices, is pretty cool.

For instance, if some crazy PETA member (and this is just a hypothetical, I think) is coming to blow up your house because you like to eat veal, then don’t you want God to “invade his/her (let’s not be sexist) privacy” and make them change their mind? You wouldn’t want to place all your hope in a fellow PETA member convincing them that killing people is actually worse than killing animals, would you?

I for one am glad that God can change people’s minds. I certainly need Him to change my mind all the time. Fortunately God invades my privacy, and does it a lot. He’s been doing it for some time now, and I need him to “will” and “to work” (Phil 2:13) until He completes the work He’s started (Phil 1:6). Invasion of privacy is my only hope for sanctification.