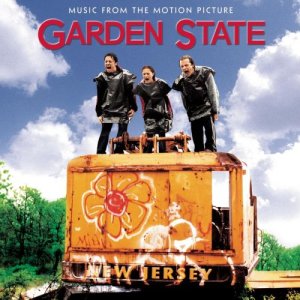 Last night my college bible study was not well attended like the week before. So the few of us decided on a movie that could at least generate some thought (and wouldn’t last too long). Some of us wanted to see The Fountain, but I didn’t push that since one dude had already seen it twice.

Instead we picked another existential movie called Garden State. The movie is rated R, and deservedly so with more than a few “f” words and one scene to skip, but it does give some helpful critique into the soul of much of our world.

On a positive note, the movie critiqued a quick to medicate, pain numbing, notion of keeping everything happy at the expense of ‘keeping it real.’ The relationship between father and son, was NEVER good, and the main character challenged his father on what it really meant when he said, “All I ever wanted was for us to be happy again.” Without confession on how each had sinned against the other, and how messed up life had become, they couldn’t move forward.

On a sadder note, though not necessarily negative, it gives me a greater picture into the mind of my neighbors (not literal because most of mine are older!). What I took from the movie was: be real and honest, embrace the uncertainty of not knowing God or the future, explore who you are because you are all that’s certain.