When we read of the journey of God’s people out of slavery in Egypt, the first thing most folks  marvel at is their lack of faith. I sure do. At times, they even mention how it would be nice to head back into slavery so they could eat vegetables (Numbers 11:5). Hmmm….I can’t imagine missing vegetables that much…..But its more than vegetables I think-to be honest they also missed the Tilapia as well-it’s the certainty of veggies. What I mean is that in Egypt, they had a constant water source. A little river called the Nile provided all the water needed to maintain a pretty aggressive agrarian advantage.

In Israel, folks had the Jordan River. Unfortunately it provided next to nothing in regards to irrigation. So they had to rely upon rain from above.

Now when God’s people finally arrived in Israel, and conquered the land, there wasn’t much talk about going back to Egypt. Instead of wanting to give up, they chased after the fertility god Baal. Either give up or get or another god who could do the trick. Or they could rely upon God to provide for them in the midst of uncertainty. They had to pray for rain. What? Yep, they really didn’t have to do that before. If Egypt had rain gods, they weren’t ones you’d have on speed dial. Now they had to actually pray for rain.

After being down here in FL a week, and having worshiped in a great church this Sunday, it really hit home the fact that I’m no longer have a Nile. I came from land which offered a proverbial Nile, flowing with friends for us, friends for our kids, a great church where I served. It provided a certainty that wasn’t wrong in any sense, but it was a certainty we felt called to leave behind.

Again, Florida is not the promised land, just as WV wasn’t Egypt. We are extremely excited to have been called back to the area where we feel is really home for us. I’ve thoroughly enjoyed being back and have been thankful everyday for this opportunity to plant a church here. But for our family, and for many who will take the step of faith and join us on this journey, we have no Nile. We won’t be able to see a church right away. We won’t be able to see now what will become of this church plant 2-3 years down the road. We won’t know exactly from where all of our friends, or kids’ friends will come. We won’t know what children’s ministry, and youth group will look like, now.

And so we will be left with only one option: looking up to the heavens, from whence our help comes (Psalm 121). Those things which we could see before, have been veiled for us this season. But that doesn’t mean anything other than God is offering us an opportunity to trust Him for what we can’t see. Things we normally didn’t have to trust him for, we are having to do so now.

It is scary. But it is also pretty cool. Just two nights ago, Connar really wanted to meet some new friends. He had friends galore in WV. We didn’t pray too much for that. But now in FL, we prayed for exactly that. And in one hour, we had an invitation to the beach from a family with a 5 year old.

I know things won’t always be answered so quickly. And even though it is hard to not have the certainty of a river, it is pretty cool when you see God provide for things you would normally not have prayed for. In the end, there just might be more joy in timely rain than the steady flow of a river. I can’t say for certain because I’m not there yet. But I can only imagine.

Not everyone is called to leave and start or join a new church plant. In fact, most probably aren’t. But those who support and leave just may find God answering prayers for things they never thought they’d be praying for. And consequently they may just receive more joy in the “ordinary” invitations and opportunities which come by rain instead of by river.

I finally made it down to Bradenton, FL this past week. Instead of driving straight home, I went out of the way a bit in order to see some friends I hadn’t seen in a long time. In fact, for some it had been around 10 years since I had chatted with them in person.

I had some time in the car to contemplate, so here are some of my thoughts.

The Refreshing freedom of dispensablity

When Billy Madison returned to his high school, some 10 or so years later, he found he had soon been forgotten. At first, for him, it had been a downer. No one spoke about him anymore. I returned to Clinton in 2004 (I left in 2002), after I got married, so my former youth could meet Amy. And to prove to them that I did, actually, get married. Friends in the area still spoke about things I did and started in Clinton. Good things. But when I returned this time in 2013, 11 years after leaving for seminary, it was completely different. A deacon thought I was a visitor. Now of course others recognized me, but things were different. The little kids were big. Really big. And old. And to quote Fleetwod Mac, “And I’m getting older still…” They had a new youth leader, and I had little to no impact in their lives. But just like Billy Madison, the fact that I wasn’t remember or involved anymore, provided some catharsis. I moved on, they moved on, but Jesus didn’t. He was still committed to this small town church. It was bigger than I remembered it, having waxed and waned and waxed some more. Wax on, wax off, wax on.

There was a different pastor and different staff. And the church was moving forward in preaching the gospel. It didn’t need me; and my dispensability, instead of making me sad, refreshed my soul. The only thing tangible I can point to in Clinton, SC of my three years “in office” is a flavor from the Tropic Delite shaved ice stand called “Woodrow” (a flavor I lobbied for named after our street). After reconnecting with Charlene the owner, and getting a shaved ice “on the house,” I eased on down the road and headed on. And so did the city. And so did Jesus’ church. It didn’t need me, nor was it dependent upon anyone for that matter. Thankfully. 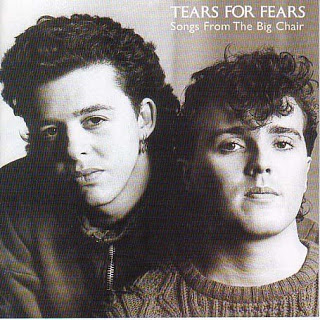 Yesterday, at least as I can see, was my last Sunday at Redeemer as a pastor. I look forward to hopefully coming back for a missions conference some time in the future. It was hard for us. And for our kids. I was hoping it wouldn’t be hard for Connar and Cade, but it was. And it will be, for a time. Tears come with church planting. They always have. When Paul spoke his parting words to the Ephesian elders we see

They all wept as they embraced him and kissed him.  What grieved them most was his statement that they would never see his face again. -Acts 20:37-38

Recalling your tears, I long to see you, so that I may be filled with joy.- II Tim 1:4

I’m no Paul, but what I see in the scriptures is that the process of starting new churches, and leaving people “behind” has always involved tears. It is hard to leave friends, family, and churches behind. And yet such tears are necessary for the Kingdom to advance. For some reason, just about the only time I cry is when I watch movies, particularly when there is a child/parent separation or death. No one sees it but Amy. Because you may not have seen any physical tears yesterday, I want to share with you some of my “tears” in leaving Redeemer. I feel confident and excited for this next step of our journey. I’m as certain as I could be that the Henderson’s, as a family, have been called to West Bradenton. Yet we still leave with tears, so here are some I want to share. No particular order.

The point of this reflection is not to fill Redeemer up with pride or pat itself on the back. I wanted you to see my “tears.” Barret and I are very different. He cries up front all the time. I don’t and probably will never cry up front.

In addition, I hope you realize that Redeemer-even when it disappoints you (and it will as all churches will)-is a special place; so be thankful for her, pray for her, and labor with her.