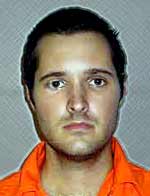 However this time, I found an interesting/wonderful/bewildering display of grace. Thanks CBS.

On the outside the family looked as though it were an all American Christian family in Sugar Land Texas. But I think 3 out of 4 actually lived out the part quite well.

Unfortunately, the oldest son, repeatedly arranged to have his family killed. His 3rd attempt was successful, and his doting mother and younger brother (who looked up to him) were killed that night. His father survived his wounds and forgave him immediately. How?

I know its not easy, but God has granted me the grace to forgive. I know my son and wife are in heaven, and I want the same for my son (who obviously didn’t believe at that point).

You bet that forgiveness only came from God. So the father pleaded for life in prison. His pleas fell on deaf ears. Texas kill that joker after some time. Could you forgive your son whom you loved, and yet spurned that love? After all, he claimed the only people he ever hated, were his family members! Repeatedly trying to kill them? He said he never felt loved or accepted by them.

I can’t verify or deny those claims, but it sure looked as if the mother and father cherished their son. And it would seem to show in the father’s willingness to forgive him! I don’t know what I would do, but if my son killed my wife and other child, would I forgive him that quickly? Would I seek the death penalty for him? Hard questions to answer. I know for sure God’s grace would allow me to forgive, but how long would it take? Long time I think. As far as the death penalty goes, wow, I don’t know.