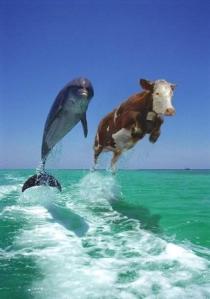 Further reflection on a Christian-Muslim union. One of the more frustrating things I experienced this past weekend, was the blatant attempt to reconcile two faiths: Christianity and Islam.

This seems to me overly pragmatic, emotionally influenced, and contrary to reason. Let me explain. Normally I like to point to the idea and need for the atonement that is unique to Christianity (just to be clear, the atonement is presented in OT, and uniquely fulfilled in the God/Man Christ; but some Jews still look for that atoning Messiah, some see the atonement paid through the Holocaust, while others don’t think much about it).

However, if we look simply at Islam itself, we do find some irreconcilable differences. “There is no God but Allah, and Mohammed is his prophet,” is one of the Five Pillars of Islam. This statement was not made in a vacuum. Statements never are. It refutes the rampant polytheism of the day. That’s good. But it also refutes the Trinity, and denies that Jesus was fully divine (some believe Mohammed misunderstood the Trinity as Father, Jesus, Mary). That’s bad.

If one lad prays to Jesus, believing that He is fully God listening to His prayers, and another lad prays to God, but is very clear that this Jesus guy was a nice dude-but never crucified and resurrected-are the two people praying to the same entity but using different names?

If someone refuses to pray to Jesus, there is a reason. It is not a nominal thing. Its not just a different name, but it is a different Person. Jesus is either fully God/Man or he is fully a quack. We have to take a pick. You hear the phrase often, “Let’s agree to disagree.” I think this is one more instance in which we can say, “Let’s just agree to disagree.”

We can be friends. In situations beyond our control, we can be family. But we can agree to disagree and pray. And so that’s what I shall do.