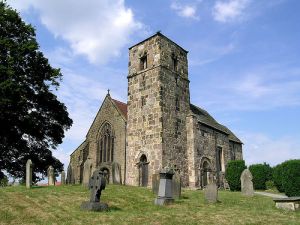 I want to continue the question: “how do I know if something is a secondary matter?” But I want to expand it to cover a wider arena, “Which things should garner higher levels of certainty?”

The first step is to see how clear it is, how often it occurs, or how central it is to the scriptures. But that does raise the question: what makes something clear? I mean, when A-Rod hit a home run and it was viewed on instant replay last night (first time in MLB history by the way), I thought there was clear visual evidence to overturn it. So did the announcers. But the umpire didn’t. But what if 100 umpires looked at the replay? And 95 out of 100 believed it was a home run? Well, I would hold to my “foul ball stance” far more loosely. I might even be convinced that I were wrong.

Let’s take a look at something relevant: the role of women in the church. Should they hold office as deacon? Should they be preachers? Preach on occasion? Do anything an un-ordained man can do in worship?

In order to decide on where to stand, and how strongly to stand on this issue, I need to look at how God has instructed His Church over the last 2000 years. Did the early church have deaconnesses? What was their stance on woman preaching? Did Augustine have anything to say on the matter? How about Luther? How about Calvin? How about the Westminster Confession of Faith? How about in the last 100 years?

Obviously the last 100 years has seen some diversity of opinion on this matter. We’ll visit that at a later time, provided you come back to read in a day or two.

But this exercise ought to help us know what’s primary as well. Churches which believe that the bible is the authority (step 1), also hold to the way the Church (step 2) has from early on interpreted that which is primary. The Apostle’s Creed, which is still recited in many churches today, is what we hold with the highest certainty.

While I am 100 % convinced that I was honoring God in baptizing Connar, many other sincere believers would not take such action. The Church has not been uniform on this issue. Thus I hold the truth presented in the Apostle’s Creed with higher certainty than I do on baptism, role of women in church, etc…