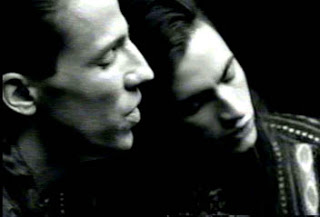 Last week Tim Tebow continued to promote his new book Through My Eyes on “The Daily Show” with Jon Stewart. While Stewart takes shots at the left and the right, his atheism clearly comes out from time to time. So Tebow seemed to take a big risk even going on the show.
I think most folks would be afraid to do so. But in basketball, sometimes the best thing you can do to a shot blocker is to take it right to him. Challenge him. But for the Christian, this challenging looks quite a bit different.
Here’s an excerpt from Tebow’s dialog with Stewart, borrowed from this article
For example, Stewart asked Tebow how old he is.
“Twenty-three,” Tebow said.
“A lot of people might say you want to wait until you’re 24 to write an autobiography,” Stewart said.
Tebow then talked about his parents’ background as missionaries, and his support of an orphanage in the Phillipines.
“Wow.  You seem like a real a#@hole,” Stewart said.
Replied Tebow without hesitation, “I mean, but that’s how I try to come across.”
When Stewart raised the topic of the struggles of “Ohio State University,” Tebow was quick to correct him.  “The Ohio State University,” Tebow said.
Mike Florio of profootballtalk.com was quite impressed. In addition, one of the comments on the article included this response: “No matter how hard I try to not like this guy, I can’t.”
That’s kind of the picture we get of evangelism in I Peter. Our C.D. (community/discipleship) group has been working our way through this very challenging book and has seen that the importance of our actions, particularly suffering, and how such actions can display the gospel. While I Peter 3:15 has often, and I think rightly, been quoted as a reason why apologetics (defending the faith) is important, evangelism in the book of I Peter is primarily done through actions and attitudes, not words. In fact, it is through a submissive life that wives may “save” their husbands (I Peter 3:1). And our conduct-particularly as we suffer and not retaliate-before non-believing officials and bosses may cause them to “glorify God on the day of visitation (I Peter 2:12).”

Sometimes folks will hate Christians when they try to honor God and not submit to the cultural idols. But often, if Christians are truly following Christ, they can gain respect from the same folks.

Your life before others matters. Your words before others matter. Both are evangelistic in some sense. Athletes don’t have to mention the name of Jesus every time they get in front of a camera to honor Him. Neither do you. Your words, even when the gospel isn’t mentioned or brought up, can be pre-evangelistic. When your words and your life garner respect, you may gain some eager listeners.