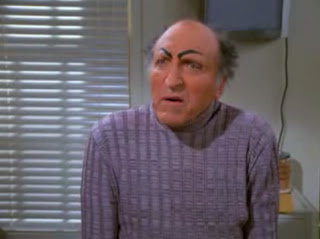 Philippians 2:12-13 is a solid passage. I hesitate to say, “favorite verse” or “favorite passage” anymore because that tends to not mean anything when so many verses are your “favorites” (not that YOU can’t say that!)
But I do like it. I like it a lot. I like it because it expresses the great Reformed truth of God’s Sovereignty alongside Human Responsibility. But I’m not the angry Reformed guy trying to convince everyone I come across of TULIP.
However, such great Reformed truths like this do have an affect. What you believe DOES affect how you live. That’s what I want to focus on this great truth now. Here’s the verse:
12″Therefore, my beloved, as you have always obeyed, so now, not only as in my presence but much more in my absence, work out your own salvation with fear and trembling, 13 for it is God who works in you, both to will and to work for his good pleasure.“
Ultimately God calls us to follow Him, but you need to realize that He alone enables and empowers you to follow Him.
That sounds good, and it should sound good. After all, that is great news. I need to put myself in places/times where I can hear and reflect upon the gospel, but I can also relax and trust the changing part to God’s Spirit within me.
Well how do you know that you actually believe that? I’m not saying how do you know if you’re a Christian, but how much do you actually believe that the work in you (even the desire to put yourself in places where you grow) actually belongs to the Spirit?
Here’s a good test: Look at how angry you get when others aren’t “working” like you are. For instance, the other day an older gentlemen told me how he had served his wife through a debilitating illness. And I saw it. Others did too. He loved her well, and modeled Christ’s love for her. But then he became angry and judgmental toward all others who did not love their wives as well as he did.
If your following Jesus is truly Jesus’ working in you, then you can’t be arrogant or angry at others lack of “work.” It makes no sense. In fact what it means is that we often believe the first part of the verse “work out your salvation” but not the latter. And the latter is really the gas which moves car, “for it is God who works in you to will and work according to His good pleasure.”
I could have used an example from my own life. But I used this example from another lad because the contrast was so strong. He loved his wife in a way that would put most husbands to shame, me included. But in his heart, he demonstrated that he believed it was “his work” instead of “His work.”
When you find yourself becoming angry or impatient at those Christians who just don’t seem to get it, who aren’t actively “working” and following Jesus in the way He’s called them, remember the latter part of this passage. You’re not believing that it is really His work. At least not that much. His work in us is as evident as it is humbling. The more we believe it is His work, the more patient and less angry we’ll be with others.

Ouch, two things I really need to “work on.” Or rather have Him “work in.” I often don’t believe this truth like I purport to believe it.