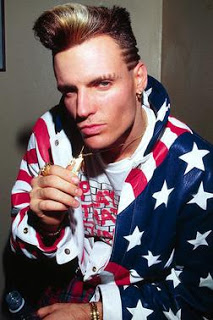 Spiritual can have lots of meanings today. I’ve heard it used in ways that I’m pretty sure the framers of the word never intended. I went to a “spiritual” church, one that told me the future. My personal favorite is one I heard during a foreign study trip in college: “The most spiritual people I know are atheists.” Hmmm…..

But then there are more common and more widely accepted uses of the term “spiritual.” I guess it means I believe in God, but not “organized religion.” How organized are you willing to go? Are Quakers too organized?

1.) It’s helpful to realize that beliefs like this have a root. They don’t just come out of nowhere. People don’t just say, “I’m spiritual, not religious” without having already adopted some deeper picture of reality.

It is within the context of today’s anti-big, anti-discipline, anti-challenging climate – in combination with a therapeutic turn in which everything can be resolved through addressing my inner existential being – that the spiritual but not religious outlook has flourished.

2.) While mega churches are not bad per se (probably many are much healthier than smaller shrinking ingrown churches), have profited from the most from this therapeutic driven, shallow, doctrine-less philosophy and way of life? This guy thinks so.

The boom in megachurches merely reflect this sidelining of serious religious study for networking, drop-in centers and positive feelings.

3.) Why does the “spiritual, but not religious” philosophy matter? The organized religion of Christianity has made possible a number of things we all hold precious in Western history and culture. Why should we embrace a worldview that won’t allow for such creations?

Christianity has been interwoven and seminal in Western history and culture. As Harold Bloom pointed out in his book on the King James Bible, everything from the visual arts, to Bach and our canon of literature generally would not be possible without this enormously important work.

The idea of sin has always been accompanied by the sense of what one could do to improve oneself and impact the world.

Yet the spiritual-but-not-religious outlook sees the human as one that simply wants to experience “nice things” and “feel better.” There is little of transformation here and nothing that points to any kind of project that can inspire or transform us.

1.) I rightly hate the hypocrisy of professing Christians (or you fill in the blank _____), but those people are beyond redemption. I’m so much better than them that it’s waste of time to associate and gather which such people. I hate pride but I live just as pridefully.

2.) I rightly hate the negative experiences I’ve had with organized religion. I know people will hurt me in the same way with a new church because all churches operate in the same fashion. I won’t give them the pleasure.

3.) I rightly hate people making up rules and telling me what to do. But I clearly know better than everyone else how to live and don’t need any input in my life. I’d rather discover the truth for myself, even though the truth I discover will be completely shaped by what I want it to be.

4.) I would much rather serve myself than to serve other people and be concerned about their good. What matters most is what makes me happy. If there’s some happiness left over, I’ll try to do something nice for someone else.

5.) I don’t want or need a community that can love me and speak truth to me. I don’t need to be loved or to love. I’m a rock. And an island too, by the way.

6.) I worship God how I want to worship Him. If He exists, he’s just happy to have someone as good as me pay Him a bit of attention. He likes it when I go hiking or fishing.

7.) My time is my time. I’m obviously busier than you are.

“Organized” churches have really done lots of damage to a number of people. As a result many have, like Vanilla Ice, felt “it’s time to go solo.” But in the end, “spiritual not religious” is the height of arrogance, selfishness, and foolishness.

One thought on “It’s not time to go solo: "spiritual but not religious?"”