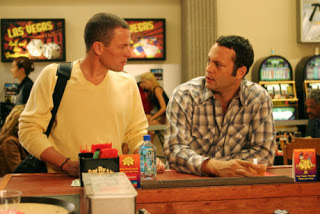 It has been well over a week since Oprah v. Lance. Not quite as big as Roe v. Wade, but big. I actually just saw snippets here and there on SportsCenter, since I, like most of the world, doesn’t have or watch Oprah’s network. And of course I heard sports talk hosts banter around some of the ideas, respond to what was said, as well as to what wasn’t said.

In the end, here are some of my thoughts in a very unorganized/steam of consciousness sort of way.

What if Lance had responded this way?

Oprah, doesn’t this sound like a judgment? Aren’t you judging me? Isn’t that what you are all about?

The reality is that it is not too difficult to judge Lance. The dude cheated, as probably most folks on the tour did, by the use of performance enhancing drugs. Then he consistently promoted the lie and sued numbers of people who questioned his “drugless” performances. He sued so many people, that he couldn’t remember exactly who he sued. I’ve never sued anyone, and hopefully never will, but I’m pretty sure I might stop after losing track of my victims. Hopefully, but pride does come before the fall…..

And Lance doesn’t do himself any favors by coming off as fairly-extremely unlikeable.

People used to love Lance. He even had a powerful cameo in Dodgeball. But now I’m thinking he wouldn’t be asked back for a potential sequel. People don’t love Lance anymore.

During Oprah’s interview with Lance, it was clear that she was not simply gathering information, but gathering information with the intent of making a judgment. Now judgment looks differently for different people. Perhaps its verbal. Perhaps it appears as judgmental frown or look of disappointment. I think the statute of limitations had run out in regards to any perjury statement, so he’s OK there. But Oprah clearly sat in a expressive posture of judgment: you did wrong Lance.

But why? What gives her the right to pass judgment? And if you still don’t believe Oprah’s interview was judgmental, then what about the millions of people angered by the “truth” that came out?

Oprah has always advocated being true to oneself. So if that is the ultimate ethical standard, can you blame someone for cheating? What if he is a cheater? What if he “has” to win?  How can that be considered wrong? No one can live consistently with the “don’t judge me” religious conviction. At some point, we feel wronged when we are regularly lied to. We feel duped. And thus we say that person has done wrong. And we are right.

It is impossible to live consistently within that worldview. You can’t just be true to yourself, because if you do, you will wrong other people. Tons of them.

I wish Lance would have turned the tables and asked her what right she has to condemn. I would have loved to see her response.

In the end, we don’t like to be lied to. We don’t like it when others cheat-but we hold on to hope that they aren’t cheating.

Oprah couldn’t express why Lance was wrong, but it it is not because she doesn’t believe it. In part.  Oprah and the legions of people angry with Lance, have suppressed the belief in God deep down (Romans 1:18-19). But that belief can only stay down so long. It comes up from time to time. And it manifests itself through righteous judgments: the simple conviction that certain things are just wrong. Not because cycling authorities say it’s wrong. Not because the Supreme Court says it’s wrong. Not because we feel that it’s wrong. Simply because it is wrong. That comes only from God, and belief in God, whether or not people agree that is in fact from Him who forms their belief. He is directing and exposing their belief in Him.

The gospel frees us from the “all judgments are wrong” category (that no one really lives out), but it also frees us from becoming judgmental. Lance didn’t sue me. If he did, I would probably be mad at him, and I would try to recoup that money. But for the most of us whom he didn’t sue, we don’t need to look down upon Lance.

The gospel avoids the pitfalls of a judging and tolerating/excusing that which is clearly wrong.

I’ve never been a Lance fan, just like I’ve never been a Micheal Jordan, or Tiger Woods fan. I tend to pull for losers. But there’s plenty of room at the head table for more sinners like you me, Lance, and Barney. As a great hymn writer reminds us, “All the fitness he requires is that you feel your need of Him.”