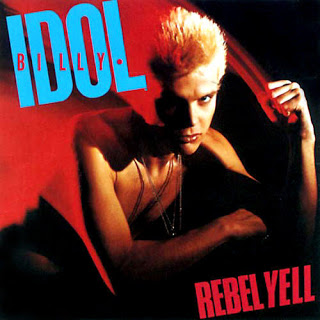 Yesterday I blogged about the move The Grey and mentioned a saddening, but powerful, as well as biblically accurate scene depicting Liam Neeson shouting expletives at God demanding him to reveal Himself and do something at that moment.

Several sermons ago in my “I See Tree People” on Mark 8, I gave an example from one of my favorite movies The Apostle. Robert Duvall is also shouting to and at God. Contrary to the shouting scene in The Grey, I used it positively. In fact it is actually quite a refreshing scene.

I’m going to compare these two scenes/activities because I think there is a right and wrong way to yell at and pray to God.

1.) Before you yell at God for whatever reason, it is always good to believe that He exists and is a rewarder of those who seek him.  I just ripped that off from whoever wrote Hebrews 11:6

And without faith it is impossible to please him, for whoever would draw near to God must believe that he exists and that he rewards those who seek him.

Robert Duvall’s shouting match already assumed God is there and is a rewarder of those who seek Him. His problem is that he just couldn’t see why God let his wife run off with the previously declared “puny” minister of youth and then kick him out of the church they both started. He believes but doesn’t see. He believes but is also having trouble believing. Whenever there is doubt mixed in with faith, we need to bring that doubt to Jesus. I personally think that mixed faith can be offered to our Heavenly Father in the form of yelling and shouting.

But there is a difference between this prayer-yell and Liam Neeson’s yelling at God. Liam’s character doesn’t come from a posture of struggling belief. Instead it arises from a skeptics stance demanding God to prove Himself. Quite a different thing altogether.

Does God ever hear the prayer of skeptics? Well yes, because many people pray for faith to believe and are granted that faith to believe. But if you are not convinced, even with mixed-up faith, that God is there and is a rewarder of those who seek Him, I don’t see how you have any ground from which to stand up and yell. Better to be on the knees asking God to grant faith, even if you’re not sure you even believe He exists, then to stand and yell in judgment.

This isn’t from Mt Sinai but from the Valley of Geoff’s Personal Conviction.

If you believe, or even believe/doubt, God can take your tears, questions, and even shouts. Probably not a good idea to throw in cuss words, but I think he can even take those words and do something with them. If he can turn wailing into rejoicing he can turn cursing into blessing.

2.) Just because we raise our volume don’t assume that means God will respond quickly. Might work with our kids, but doesn’t “work” with God. Neither prayer scene concludes with an “answer” or even a conclusion from the Lord, but what each does with the non-response speaks volumes.
In The Grey, Liam Neeson’s character gives God about 25 seconds to act. In The Apostle, Robert Duvall is up all night praying/yelling at God. Loudly and “longly.” When we yell or pour out our hearts to God, we may not see an immediate response. That’s OK. That was David’s experience. And because our Heavenly Father denied Jesus’ cries of being forsaken on the cross, we don’t need to fear silence forever. But silence doesn’t mean He isn’t there or doesn’t care, as interpreted incorrectly in The Grey.

3.) Yelling at God needs to be grounded on His promises. If you don’t make a cheer-leading squad or get the raise you want, you could yell and pour out your heart. If you are a child of God, you can yell at God like any stupid kid. But we see a bit more sofisticated and sanctified yelling from Duvall. He yells in accordance with God’s promises. Jesus promised peace to his troubled disciples in John 14 and then reminds them of this when he revisits them after his resurrection. At times peace can be as elusive as former WVU receiver Tavon Austin in the open-field. Our peace comes and goes. And when it goes we can bring to our Heavenly Father’s attention: “You promised Father…..” Duvall is yelling for something God has already promised where as Neeson is demanding God do something He’s not promised to do. It’s better to yell, “God give me peace because I don’t have it now and you promised!” then to yell, “God give me a better job because I know that is a true need of mine and you promised to meet all needs!” If you’re yelling at God, I think we should probably yell over things He has specifically promised to give us-but for some reason has for a season withheld the current existential blessing of such promises. And by the way, one thing I’ve learned is that God has nowhere in His Word promised perfect peace in this life this side of heaven.

Billy Idol sings about a “rebel-yell” and Liam Neeson shows what one looks like. But Robert Duvall, gives us a great picture of a “servant-yell.” I hope this has encouraged you in your own prayer-yelling.

One thought on “Liam Neeson’s "Rebel-Yell" vs. Robet Duvall’s "Servant-Yell"”