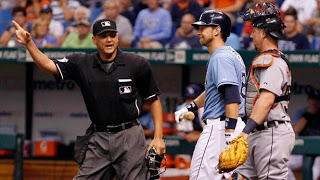 God speaks through his apostle Peter reminding us about the need to be “sober minded.” I love it. This is the same guy who chopped off a servant’s ear (the dude wasn’t even the ones with hands on Jesus) when Jesus was absconded from the garden (John 18:10). We don’t have any proof that Peter was for sure a zealot (the party of Jews that believed the Kingdom of God would come by military force), but he was probably influenced by them. Many were.

And even before this happened, he told Jesus that he was wrong (not a good idea) when Jesus said that Peter would betray him thrice.

I don’t associate those things with sober-mindedness. And Peter himself wouldn’t have as well.

Cue the gospel. Some of us are more laid back than others. I’m not. But in the end, none of us can’t rest in our personalities when it comes to being sober minded in all situations. We have to rest in what Jesus has done for us, instead of simply his example before us, if we want to see our lives slowly conformed to that example.

We discussed sober-mindedness in the face of suffering, and how that becomes even harder. But it becomes even more important when starting a new church. We have to be willing to suffer, and not knee-jerk react, demanding our rights, demanding our voice be the first to be heard. Later in the book of Peter, he reminds us that this kind of attitude will eventually lead to many gospel opportunities. I think if you look at the first few centuries of the church growth you’ll see he’s right.

Finally, we considered what it might look like to be sober-minded. The best example which came to my mind was Ben Zobrist, aka “Zorilla,” the Tampa Bay Rays (2nd baseman/outfielder). He was unjustly hit in the hands by a fastball, which was clearly an intentional payback from the night before when the Rays reliever brushed back the present day “Barry Bonds” of baseball Miguel Cabrera.

Ben was hit intentionally, and nothing happened. Nothing. A simple warning to both sides? Ben smiled at the pitcher, and walked to the base. He didn’t charge the mound or, say things he would regret. He told the umpire that he should do something about it and let things fall out as they would. Instead of becoming a judge himself, Zobrist “entrusted himself to him who judges justly (I Peter 2:23).”

As of yesterday afternoon-after I originally wrote this-M.L.B. has officially suspended the pitcher who thew the ball at Zobrist for 6 games. Some semblance of justice I guess…

Regardless, of what justice happens in this life, we see an example of what a sober-mind looks like.Not a knee-jerk reaction or retaliation, but a calm explanation and willingness to press on independent of fairness or lack thereof. He, and the Rays, just kept playing ball.

If a local church is going to make an impact in its community, it has to be sober-minded and willing to suffer. It has to take one “in on the hands,” get up, and walk to first base. It can’t only be concerned about what is fair (to itself).

I’m not a fan of what’s happening at a government level. But when Peter wrote this, people had far fewer rights than we do now, and the church flourished.

Take heart. I do think the church as a whole and individual Christians have some great opportunities ahead of us for evangelism if we would embrace a sober-mind in the face of suffering. Remember Peter, remember Ben, but thank Jesus who is the ultimate sober-minded one on our behalf.

One thought on “Zorilla, Suffering, and the Sober mind-ammended”