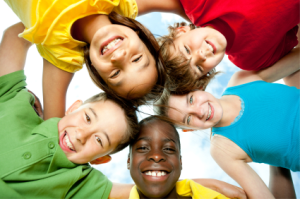 Planting a church is a privilege as well as a huge challenge. As I’m in the gathering stage right now, from time to time, I come across “the children barrier” in folks who might be otherwise interested in coming alongside such a risky venture. Even though some people may be excited about the vision, the problem may lie within the realm of this question: “what about the children?”  Christian parents, and probably even those with a merely moral framework, are concerned about their children being taught, or at the very least entertained, well. And the latter is a good concern.

I guess you could say, I believe the late Whitney Houston. Children in some ways are the future (the present too), so “teach them well and let them lead the way.” But how and where we teach them is also quite important. So is the “what! I really do think these are good questions to ask but I don’t think answering them the way they have been answered in the past 50 years is necessarily the best way to go forward.

I don’t think leaving to form a core group is detrimental for the child’s growth. In fact, I think, it could be much the opposite with some intentionality. Of course this isn’t only an issue with church planters, but for established churches where folks sometimes bolt for a “better” children/youth ministry.

Here are some things I’ve been mulling over in my head. Hopefully they make a little sense.

1.) Many people don’t recognize that the primary place for children’s Christian Education is in the home. Now of course, vital children’s ministries can and should assist parents. And I realize some parents just don’t take responsibility, so a vital children’s ministry is all that some kids get. God is faithful. Nevertheless, if a parent takes the time to disciple his/her children, the child will more often than not grow in his/her faith. Parents + Children’s Ministry + Adult Interaction/Service is not a secret formula but it seems to me more of God’s design for producing young disciples.

2.) If vital children’s/youth ministries were all that were needed, then we would see large percentages of kids connecting to a church when they leave for college. We don’t. The formula of solely running the kids through the grid of activities just doesn’t work. We Christians are a bit slow to recognize thing sometimes. So the lack of a vital children’s/youth ministry at the start-up of a new church will not stunt the growth of our children.

3.) Eventually, as the church gets “up and running,” children’s and youth ministries may take off. And parents then have the opportunity to play a part in their formation. This is one of the “fun” parts of starting new churches. It might just be a short matter of time before such ministries can supplement what you are already doing at home.

4.) Not everyone, and you could argue, not most people are called to form a core group to start a new church. But for those that do, here’s something to think about. Is it possible that leaving behind an existing church to form a new one could actually be a catalyst for growth in your children’s faith? One church planter’s daughter actually asked her Dad, “What’s that building?” It was a church. She just knew the church was God’s people gathered together. It was God’s people, not a building. Can’t put a price tag on that! For us, who left behind a great children’s ministry, we’ve seen our five year old’s faith grow.  We’ve walked around the block before and prayed with the kids that we would meet some new neighbors. When a church plant doesn’t have people or property, you simply have to ask God for just about everything. Things we never asked God for, we now have the opportunity to ask God for with our children. Don’t think that asking God for such things alongside of your children won’t have a big impact in their lives. Not only that, but we regularly teach our five year old that we are starting this church because many folks don’t know Jesus or have a church in this area. Teaching in the context of dreaming and doing.

5.) Before church plants can have fully developed ministries, existing churches can and do play a big role. Other churches may have children’s ministries that are fairly affective because they have the volunteers, the practice, and the facilities. I know of one which assists many parents in the area, yet many of those parents go to different churches. In the same way, such a church can partner and make the church planting process a bit smoother when folks desire such ministries. This may work for a season until something is up and running, or it may just continue to be a valuable asset for years.

In the end, starting a new church, because (not in spite of) it is such a faith stretching endeavor, is full of opportunities for your children to grow in their faith. Being a part of a core group is not for everyone. Please hear me say that. But for those whom God has called to join Him in a specific new work, it could end up actually being the best thing for your children. I’ve seen this time and time again with folks who’ve planted before me.