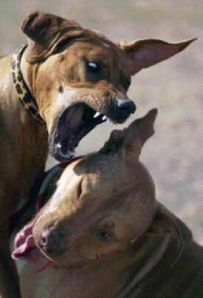 Unfortunately I listen to a lot of sports talk. Once I get an IPod, I’ll probably listen to a lot more edifying stuff, like sermons, when I’m behind the wheel. Maybe that will help with road rash, I mean, rage.

But the topic of conversation on pretty much every station, at every time of the day, is centered on one thing: Michael Vick and his dog fighting.

In case you didn’t know or care (and that is certainly an option), Michael Vick, the Atlanta Falcon’s QB has been indicted for conducting dog fights on his property in Virginia. Apparently the shitzu’s and the pugs, who fought not so bravely, were executed in a number of horrible ways. Actually they were pit bulls, but thinking of it now, lapdog fighting might be a little safer for both sides. Nipping and yapping can only do so much damage, you know?

I just read last night how Jesus forgives those who recognize their need, even if they feel/we feel they are the worst of sinners John 4 (adultery), Luke 7 (serial adultery) and 1 Tim 1 (Paul for persecuting the church). But in this case, there is no confession, so not really an answer.

But if you go with the need for two witnesses (2 Cor 13:1; Deut 17:6; and I guess the Fed’s when they bring the goods to trial will count as ‘two’), then I probably ought to wait for the evidence. After all, both Jesse Jackson and I were led to believe the Duke Lacrosse players were guilty when they weren’t. The only other principle I can think of is the trumping love principle: love neighbor as yourself. If I were innocent, I would want others to withhold judgment.

But what if I were guilty? I guess I’m jumping the gun again.