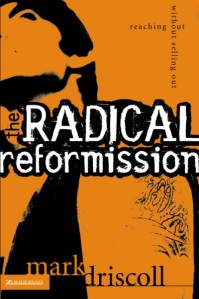 While reading Mark Driscoll’s book The Radical Reformission: I came across one of the better explanations/illustrations of why we have 4 different (but true and reliable) gospel accounts.

First of all (not in the book), regardless of how similar or different the gospel accounts look, there will ALWAYS be a problem for skeptics. The fact that the synoptic gospels are so similar is actually known as the “synoptic problem.” How did they get so similar? Well obviously they just copied each other-such is the argument. So for them to be even more similar would could actually make them less believable!

But of course there are some differences, and these differences are often used by some to discount their reliability (perhaps even the same people). However, the differences actually prove that there were numbers of different eye witness accounts; not just one who was the main ‘lead.’

News always comes from a biased perspective (regardless of what Fox News thinks), and so the writers presented their accounts, including, and excluding certain details (based upon their Holy Spirit inspired purposes)-you can’t record everything. That which is included is intentional; the same goes for that which is excluded.

So we need not be worried about the gospels being too similar or too different. They are just as God intended them to be. Arguments one way or another ought not to dissuade us. Only by God granting faith can they be accepted as true and reliable; but it is also good to be able to express the evidences when evidences do exist-both to ourselves and others.