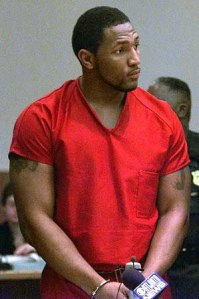 Now that Tim Tebow has graduated from the University of Florida, and has caught on with his new team the Denver Broncos, I can root for him without any strings attached. I’m not a Tebow worshiper, as I know, like any of us, he has warts. We all do, and that’s what makes idolatry so heinous: we forsake the Holy One and instead worship created, wart-filled human beings.

But I am a Tebow fan, and one of the things I like about him is the response he elicits from teammates, coaches, fans, commentators, and opposing players. I’ve posted on this before, but the Tebow response always interests (not amazes) me. It mirrors the response Christians should expect as we live out our faith. Some people will hate us, some people will respect us.

We will be hated for everything we believe, but we are also to be salt and light, and our love/actions will make some folks big fans of us.

Mike Florio of “Pro-football.com” is not a friend of the gospel. Nevertheless, Tebow, over time, has earned his respect while at the same time has caused others like Ray Lewis to speak against him-though often without sufficient reason.

What Mr. Ray Lewis fails to realize is that former Buccaneer Coach Jon Gruden spent time with all of the top 4 quarterbacks coming out of college. And Gruden likes EVERYONE until they actually play for him; and then neither like each other once that happens!