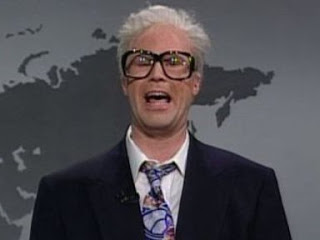 While playing baseball with my four year old son in my gently sloping front yard the other day, I told him, “You pulled that ball foul.” Just a week or two earlier I tried to teach him another ball he hit was actually fair, but he had just hit it opposite field (that took a lot of explaining!). I have begun to realize that baseball, when you break it down, is far deeper than I originally thought. Not just with rules, but with concepts, with terms. Now football does have a number of different plays and formations, but baseball might just be as deep when it comes to terms, situations, and scenarios.

Yet at some level, the game isn’t too complicated to watch. And play. If the batter hits the ball, the fielder tries to catch the ball in the air, or tag him/ base before he gets there. My four year old is beginning to grasp this.

Such is the case with the gospel. It is simple enough that a thief on the cross can believe that Jesus will save him (Luke 23:42). And it is also simple enough that a young child can get a hold of it and come to Jesus (Matt 19:14); we can only assume that an adult with the mental capability of a child can “get it” as well. As a result, let us not forget to praise God for the simplicity of the gospel. It’s beautifully simple.

But its also beautifully deep. Like the game of baseball. Like the shipwreck or reef too deep to explore by snorkeling. It is both more simple than we think and deeper than we think. There are depths to plumb.

So what’s the point of this comparison?

1.) Praise God for its simplicity. When you doubt, don’t forget the simplicity of it. Jesus came, died, rose again, appeared, saved us and will be coming back to finish what he started.

2.) Praise God for its depth and never stop learning. If the thief on the cross had lived, he probably would have been the first in line to go to a bible study, learn some theology, familiarize himself with biblical terms that add depth in understand all that Jesus has accomplished. After all, Jesus does way more than just save us from hell. If the thief had lived, I imagine he’d read a bit, or at least have someone read to him. Imagine those little children that Jesus said, “Come to me.” When they grew up, don’t you think they would have wanted to go deeper, read, study and ask more questions? Now they wouldn’t, or shouldn’t lose that child-like faith, and that should always temper their study with humility and awe. But shouldn’t deeper study and reflection only increase that awe and child-like faith? After all, we can learn more reasons to trust him.

3.) Don’t assume everyone is at same level. When you talk to young believers, or unbelievers, it is necessary to recognize that your terms might be unrecognizable. Can you imagine a coach saying to my four year old, “Connar, you pulled that ball foul, choke up, shorten your swing, go with the pitch, hit behind the runner. Never assume the gospel. Instead start with and celebrate its simplicity before you expound on its depth and application in life.