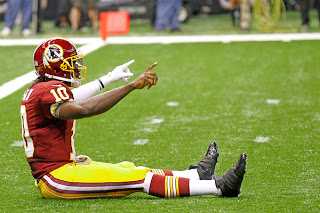 This is simply a follow up from yesterday’s Modgnik post highlighting some random things I learned as a leader last weekend.

1.) Retreats really do have a cost. Obviously they cost money, as the retreat center needs to be rented (600 kids!), speaker paid, band secured, creative skits practiced, food eaten, kids housed, gas guzzled, etc…..These retreats take up a big chunk of our youth budget, and family wallets/bank accounts do take hits. But there is also physical toll that retreats take on leaders. One of ours progressively got sicker throughout the weekend and will be paying for her sacrifice this week. Sleep has never been my companion on these retreats either. But also, consider the family sacrifice. My four year old was not happy to send has Daddy off, and so that made his Mommy’s sacrifice a bit harder as well. But it is part of my job, so how thankful am I to have parents and another non-parents come to labor alongside of me? Very thankful. I became acutely aware of some of the costs that really go into such a retreat (saying nothing of the sacrifice of those who regularly get together to plan these things). Modgnik is worth the price of admission and the “pay-offs” in the lives of these youth-and their leaders-is often eternal. Cost counting doesn’t make me prideful but thankful for those who sacrificed to send kids and leaders.

2.) Youth will give you a pass when you don’t pass the cultural relevance test. Our speaker referenced R.J.3, the former Heisman trophy winner and current Washington Redskins quarterback the first evening. The problem is that his name is Robert Griffin III, and so his nickname is R.G 3. He got some flack, but the kids cut him some slack. No mention of it throughout the weekend. Perhaps the Harry Potter allusions covered his bases, but I think that most kids get over that kind of stuff pretty quickly. Middle schoolers care that you like them much more than how well you know their culture. Fortunately. I must be living in the past, because I knew ZERO pop songs they played as we piled into the meeting room and cafeteria. Coolness and relevance are far less important to youth than love.

3.) Middle Schoolers can listen to sermons. This speaker is an RUF guy, and RUF guys do sermons. They preach expository sermons, and regularly allude to verses and say things like, “I get this from verse 8.” He didn’t disappoint, and yet I was concerned that he might be over the kids’ heads. Last year’s speaker looked and sounded very different, and spoke on very different subjects. This guy preached Revelation, yet he wasn’t over their heads at all! Most of them articulated back to me exactly what he said in our cabin discussion time. The amount of “take-away” from the sermons confirmed that kids really can listen. A number of girls even took notes. While I do think preachers like myself need to recognize folks with shorter attention spans (like myself), middle schoolers should be expected to follow along. As parents we can follow up with our kids and expect to have meaningful sermon discussion. But we have to raise our expectations beyond the “Well I didn’t hear him/her talking too much this week, so things are good” perspective.

Just some things I learned this week and want to pass on.