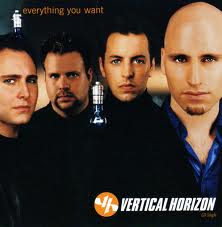 In my college days, one of my-and many of my classmates-favorite bands was Vertical Horizon. They were the quintessential college band. College kids like to think they are different, somewhat free-thinkers, not sucked into the mainstream. Two guys with acoustic guitars and deeper lyrics were all that were needed to satisfy the college fan. It was simple. It was cheap. They toured in bars, and even played at Furman once during our orientation.

But they probably didn’t make a bunch of money.

They added an electric guitar to their formerly acoustic songs and began to become a bit more famous. They had found a way to become relevant to a wider audience, slightly altering their form, without changing their content. Vertical Horizon reached more people this way: the “older” crowd who had already listened to them, but they also seemed to gain more traction with new fans.

But that wasn’t enough. In order to become more popular and make more money, they had to be more like what the pop culture expected them to be.

Soon the acoustic guitars were totally replaced with electric guitars. The guitar solos, which had become a staple, were turned into a paper clip. Shorter or non-existent. The sound was more “produced” and polished. Of the two lead singers, the one more “folk-ish” was left out and the more “pop-ish” vocalist took front stage. Lyrics were as shallow as a sandbar on low tide. The dudes began wearing leather pants and growing flavor savers.

I recently downloaded some of their music on noisetrade.com. It comprised a compilation of old and new stuff and so runs the gamut of their material. What a contrast.

Vertical Horizon gives the church a good picture of contextualization, both good and bad. When they were young, they had content. Good content. And it was probably their preference to stick with the acoustic guitars. But they decided to add an electric guitar, yet keep the same over-all style of music. The lyrics didn’t change, nor did the guitar solos. The content was there, but the form was slightly different.

I believe a church has the freedom to adapt its form to different settings. That is why a church with the same content may look quite different than a “sister” (same denomination) church in a different location. The core message is the same, but they may have chosen to add an “electric guitar” to it. Or an “organ,” or “strings,” “brass.” Of course this could be a literal addition as in worship. Or it could be taken figuratively, as in a type of leadership style, how a church does mercy or outreach or community groups or Christian Education. Keeping the message the same, how will a church choose to best reach its specific area with its specific strengths, weakness and idols.

When I was out fishing the other day, my buddy asked me, “Well what is your church’s stance on _______?” I had to give the unpopular answer. Because I believe it..

Vertical Horizon departed from their original content to simply reach more people. They crossed over the line and never looked back.

That is called over-contextualization, compromising and changing the message to what is most palatable to the wider culture. Form is one thing, content is another.

Vertical Horizon pretty much lost all of their earlier fans. I don’t know exactly what they gained to sacrifice the message. It might have worked out for them.

But when a church or denomination over-contextualizes, it will always lose. If it tries to become more popular by answering the hard cultural questions with popular answers, it will die a slow death. Or fast.

The churches which answer the question my friend posed me with the popular answer are all dying off. When a church loses its distinctiveness, when it departs from loving, ministering to, but challenging its local culture to simply affirming everything in it, it is simply just another club. That is why most main-line denominations who’ve simply answered culturally sensitive questions by capitulating to what is popular are in massive decline.

Contextualizing is good. Going “pop” is another animal altogether-an endangered species without much hope.