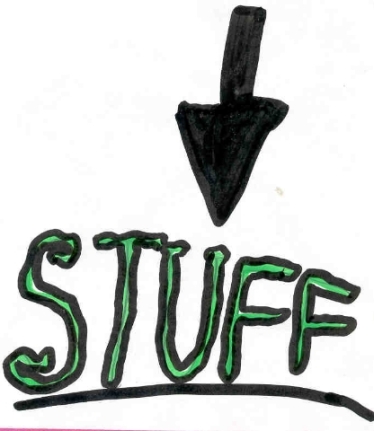 Sometimes a preacher has thoughts that just don’t make it into the sermon. Sometimes they just didn’t fit, or sometimes, when you try to stray from your manuscript (which I prefer), you just forget them. It wasn’t so much a thought as it was an incident, or rather two incidents, which I think would have helped people apply the sermon.

Unfortunately my computer froze up and the sermon on The Parable of the Lost Sons, (I’ll never call it the Parable of the Prodigal Son again) “Carry on my wayward son” did not get recorded. Sorry Kansas, I tried my best! Regardless, here’s something I think could have helped, or perhaps could help us all, in considering the ways in which Christians can easily fall into the way of the older brother.

The older brother was just as wayward as the younger brother. He simply wanted his Father’s stuff, but not his father. All these years I’ve slaved for you and you never even threw me a stinking goat! That’s what he says. The younger son was just as blunt and demanded his inheritance up front. These two boys simply wanted their Father’s stuff, but neither wanted his father. They were interested not in a relationship with their Father, but a connection to his stuff, toys, property, blessings, etc…

In the period of three days, I had two sons (ironically both younger sons) tell me “I’d much rather have my Father with me, than his money. One referred to inheritance and how he would much rather have his father alive. The other didn’t want his father to continue working. He’d be happy just to have the relationship and time spent, even if it meant he would potentially inherit far less money at some point in the future. These two boys simply wanted their father, in and of himself. They wanted their father simply because he was their father. That was blessing enough.

What does it look like for us to be like the older brother? To love and want the Father’s stuff more than the Father? Here are a few thoughts, as I try to wrestle through what that might look like.

Can we value blessing over relationship? Yes. It is not bad to want the blessings of our Father, these blessings can be valued over relationship. Think about the blessing of a church family. A church family can provide meals when needed, a couch moved, a text or phone call when struggling, prayers that you can feel throughout the day, words that can challenge and encourage. Just to name a few. But a church can also let you down. A church will let you down. A church comprises bozos like you and I, so what did you expect? But it’s when the church lets you down, that you will know if you loved the Father, or you simply loved his “stuff.” If I become angry with those in the church, or bail on the church because she disappointed me (and sometimes we do need to be disappointed if our expectations are sinful or far-fetched), then I probably just loved the Father for his stuff. I wasn’t loving God, I would have simply been enjoying his benefits, not his person. But if I value my relationship with the Father, that when he withholds a blessing or two for a season, I’m OK. I still have my Father. If I still have my Father, then I can love the church in spite of its warts. How angry we get at others, when they don’t meet our expectations, reveals where our true love lies.

I hate to suffer. I really do. But when the Lord dispossesses us of something, or plan, even if that something or plan is good, He is doing it out of love. He wants us to love Him for who He is and what He has done in Christ. But if I’m livid, and angry, and think “well what’s the point of trying to honor Him when this is how I’m treated,” then I’ve simply wanted the Father’s stuff.

These are just a few ways I can think of how we can love the Father’s stuff, but not the father. Feel free to share any of your own.