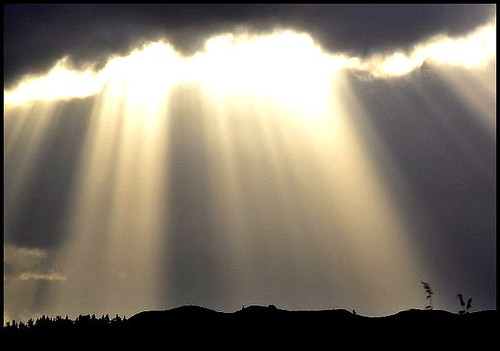 In my part of Bradenton, specifically “West Bradenton,” I often hear, “You know this area isn’t the same place it used to be.” And what is meant by that is, “It is worse than it used to be. I’m looking to move out East.” The schools at one point were better, at least according to their “grades.” The area had more children then and fewer seniors. More upper-middle class too. Less crime perhaps (though that may or may not be so). It is not the same area as it used to be. It just isn’t.

So the obvious knee-jerk response is for folks to migrate where there are more younger folks, more upper-middle class, potentially less crime, better schools, and new houses. But the church is always to be counter-cultural in its thinking. Even when we head in the same direction as those outside the church, it is never for the exact same reasons.

So should flight be the response to any area that is currently not the same place as it used to be?

I just preached a sermon, “It was the worst of times, it was the best of times” on Isaiah 9. In it, we see

[c] The people who walked in darkness
have seen a great light;
those who dwelt in a land of deep darkness,
on them has light shone.

The passage clearly points to hope coming to a region which was living in utter darkness. The dark ages. Politically they had foreign rulers, and were divided up into three regions. Religiously they were marrying people they weren’t supposed to and worshiping idols far too often. Socially they had oppressed the poor and didn’t care about justice. Yet a light had come to a dark place. Jesus came to a forgotten place that was living in darkness. He did most of his ministry there, NOT in the South known as Judea. And because of Jesus, Paul explains that we are to shine like stars in a crooked generation (Phil 2)

Where? Well that will vary from person to person, to where God calls you. Darkness is on a continuum. Some places are darker than others, politically, socially, religiously.

In an area that is not the same as it used to be, an area that is potentially living in more darkness than before, should the knee-jerk response of the Christian be to head for greener pastures? If light has come into the dark and seemingly forgotten area of the Northern tribes of Israel, might the “it’s not the same as it used to be” actually be an open door and greater opportunity for light to shine? Light seems to shine brightest in the darkest places. If you heard that this good news was coming to your region, wouldn’t you want to consider staying around and being part of it?

Now obviously every decision involves prayer and wisdom and community. And God does call people to move into shiny, new, happy places within your area or outside of it. But let us remember that is never for solely the same reasons that non-Christians move there. I just think that we who have seen this great light, and who want to live as lights, need to prayerfully consider why we should move or why we should stay. Perhaps even more light is coming to the area, and through you? Perhaps in twenty years folks will be able to say, “This area isn’t the same area as it used to be. It is way better.” Wouldn’t that be beautiful to hear of West Bradenton, or whatever are you live in?