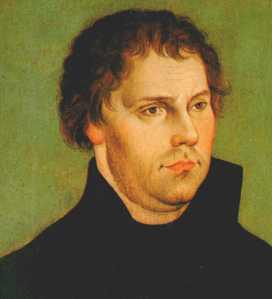 Now to the “A” of PRE-HEAT. “A” is for “adored.” Men want to be respected. That’s our bag. Machiavelli in his promotional dictatorial work The Prince coined the phrase, “Its better to be feared than loved.” You can see how dictators have adopted this philosophy over the years. But where this really stems from is a man’s healthy desire for respect run a-muck. So in some ways, this is very true for a man. We crave respect.

I’m not saying women don’t desire or even need respect (particularly in areas which are not as culturally respected like child rearing), as Aretha Franklin once sang, but the order seems to be reversed. That’s why Paul tells women to “respect” their husbands and for husbands to “love” their wives in Ephesians 5. It’s not that women aren’t to love husbands and husbands not respect their wives in any way, but this gives us an insight into the “how” of love.

So the “A” is huge. Don’t leave it out. Martin Luther was a different cat, bolder than I’ll ever be, and did more for Jesus than I’ll ever do. Yet he was not without “warts,” so I in no way deify him.

However, his contribution to the institution of marriage in the 1500’s is just as important, profound, and unfortunately under-realized and under-applied in the 2010’s (or whatever you call this decade.) Here are some “adoring” quotes attributed to Luther regarding his wife Katie.

More proof you can’t judge a book by its cover.

“I would not give up Katie for all of France, because God gave her to me and me to her.

“I love my Katie, yes, I lover her more dearly than myself,”

“Katie, you have a devoted husband who loves you. You are an empress.”

May this kind of adoration be our aim and prayer for our women. That they would feel loved, cherished, and adored.